As it’s ‘Golden Week’ in Japan, which is a week from the 29th of April to early May containing a number of national Japanese holidays, here is some excellent Japanese art on show in London at the enchanting Henry Sotheran bookshop which is the longest established antiquarian booksellers in the world which was started in York in 1761.

Located just off Londonâs Piccadilly in Sackville Street, it has recently been the venue for exhibitions and talks about two of the most famous and revered Japanese woodblock artists, Hokusai and Hiroshige, artists of the floating world. 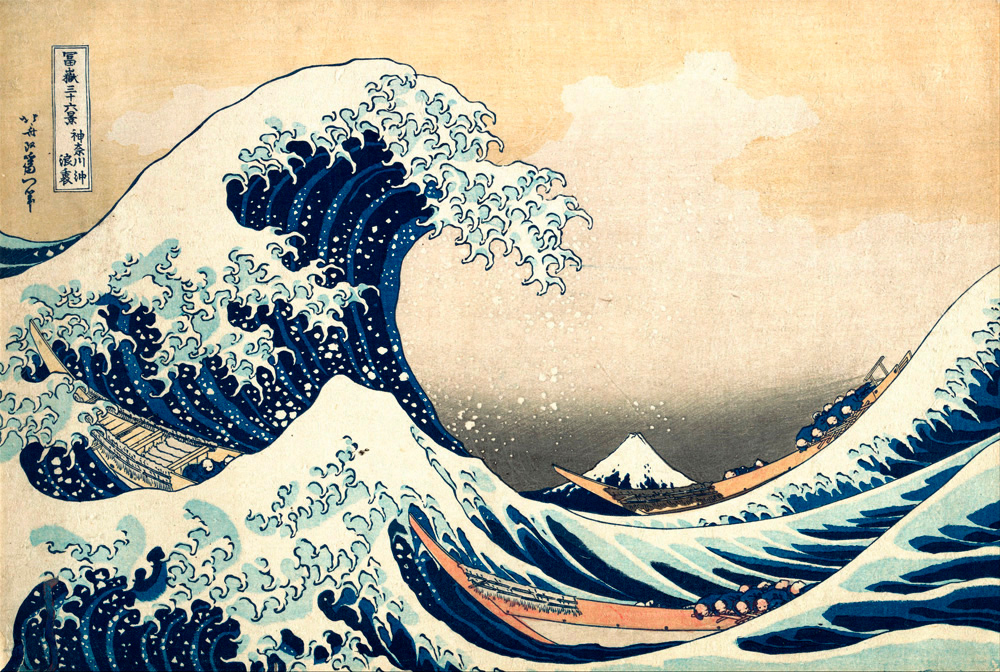 The woodblock print that most people know is âThe Great Waveâ by the master Hokusai, who lived 1760Â to1849. If you donât know the original, you will certainly know of the many uses of it for all sorts of advertising. He did the âThirty-six Views of Mount Fuji seriesâ of which this is the first. 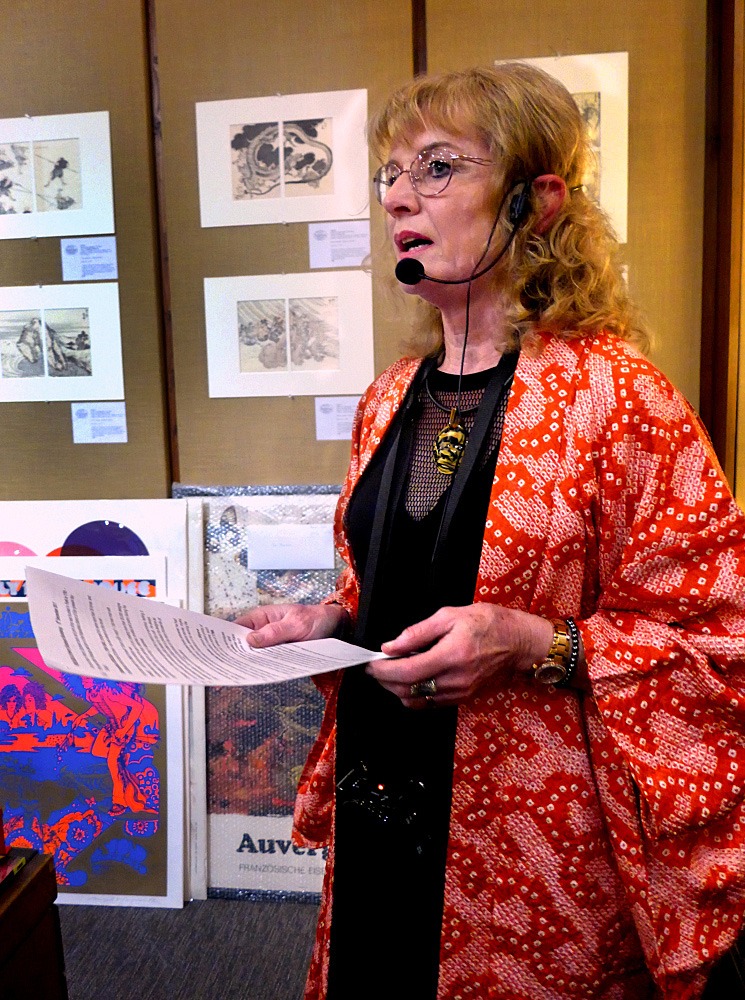 In December, Japan expert and lecturer Suzanne Perrin gave an amusing talk about him surrounded by excellent prints executed by this most renowned of ukiyo-e artists, Hokusai. 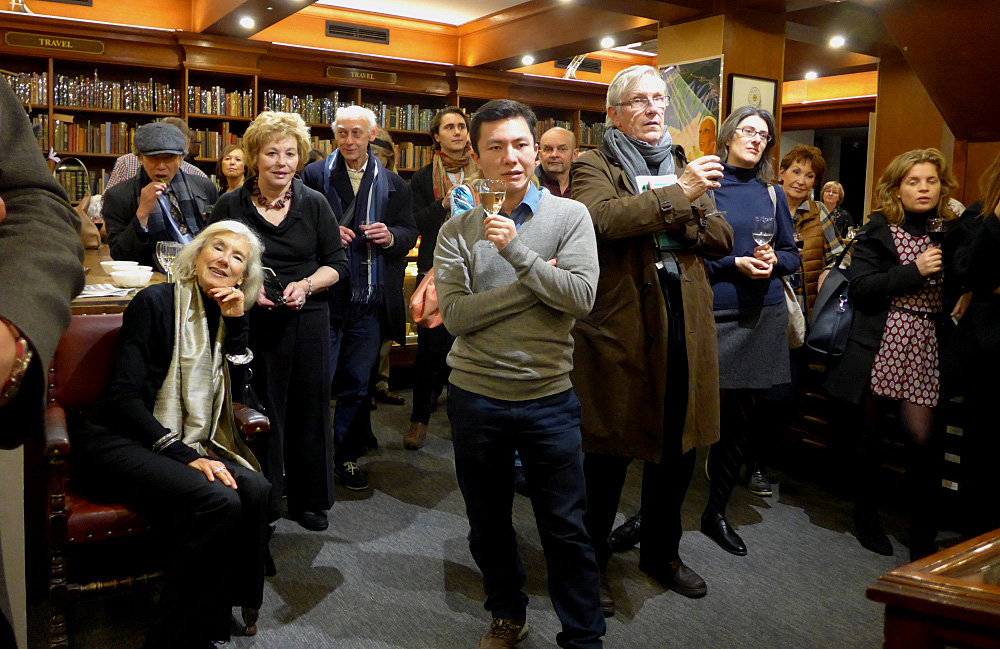 A second treat in the same venue was to follow this April with an exhibition of Hiroshige prints. He lived from 1797 to 1858 and was another Japanese ukiyo-e artist who is considered to be the last great master of that tradition. He is best known for his landscapes such as the series, âThe Fifty-three Stations of the TÅkaidÅâ. 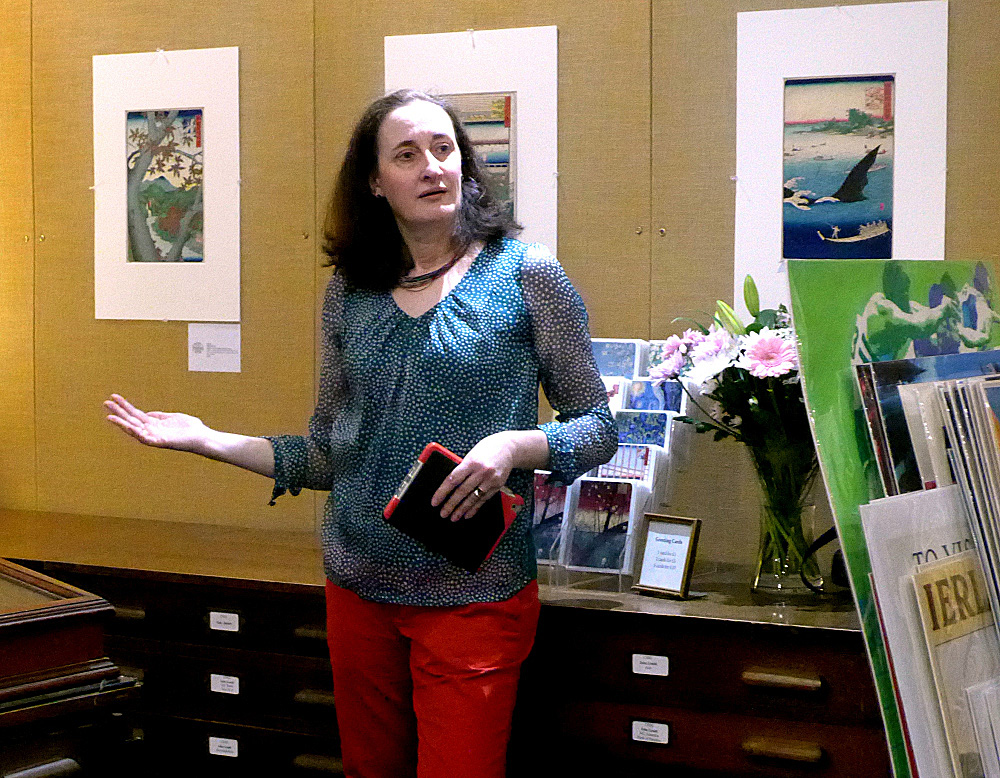 Dr Monika Hinkel of SOAS gave an insightful talk about Hiroshige, bringing the man and his work to life, also surrounded by many examples on display and for sale. 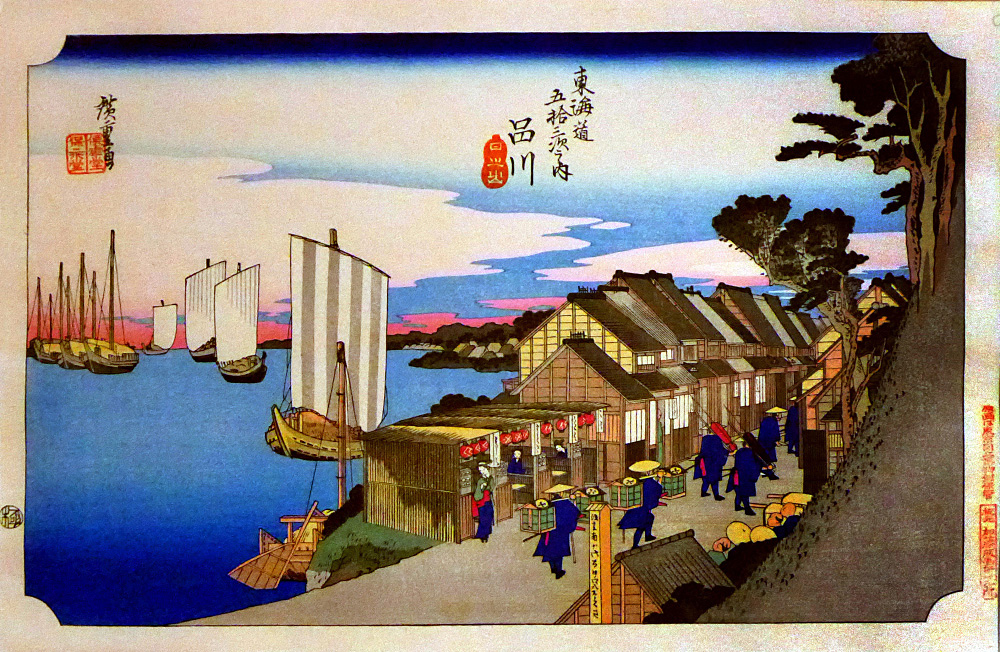 There have been many reproductions of the original prints by both of these artists, some good some not very good. But the underlying art produced by both artists is still wonderful and has had a lot of influence. Vincent van Gogh went through a phase of copying Hiroshigeâs work and Monet also was influenced by these masters of the art of the âfloating worldâ.