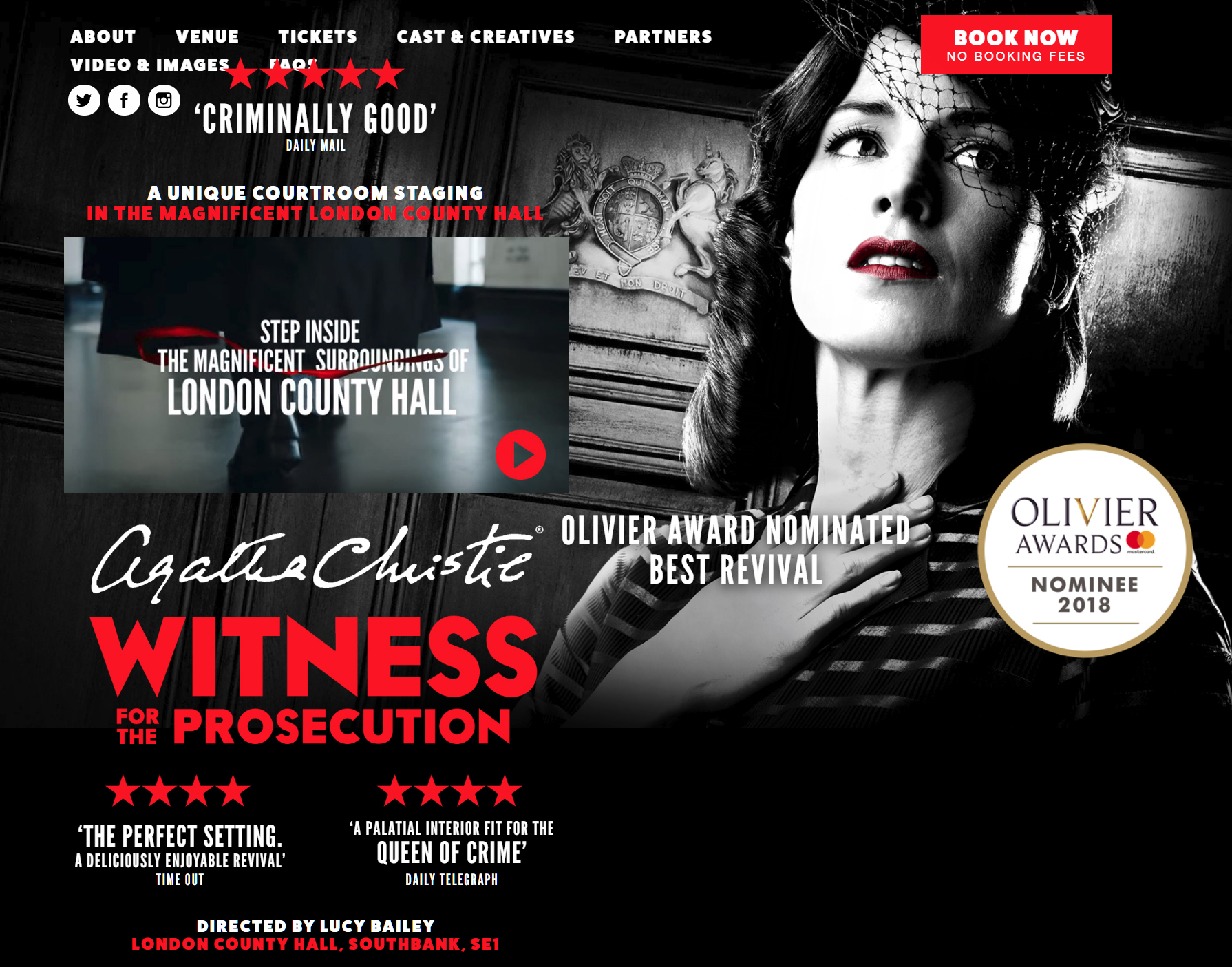 The setting could not have been better for this production, the octagonal Council Chamber in Londonâs County Hall, previously the home of London County Council then Greater London Council with âperformersâ such as Ken Livingston. 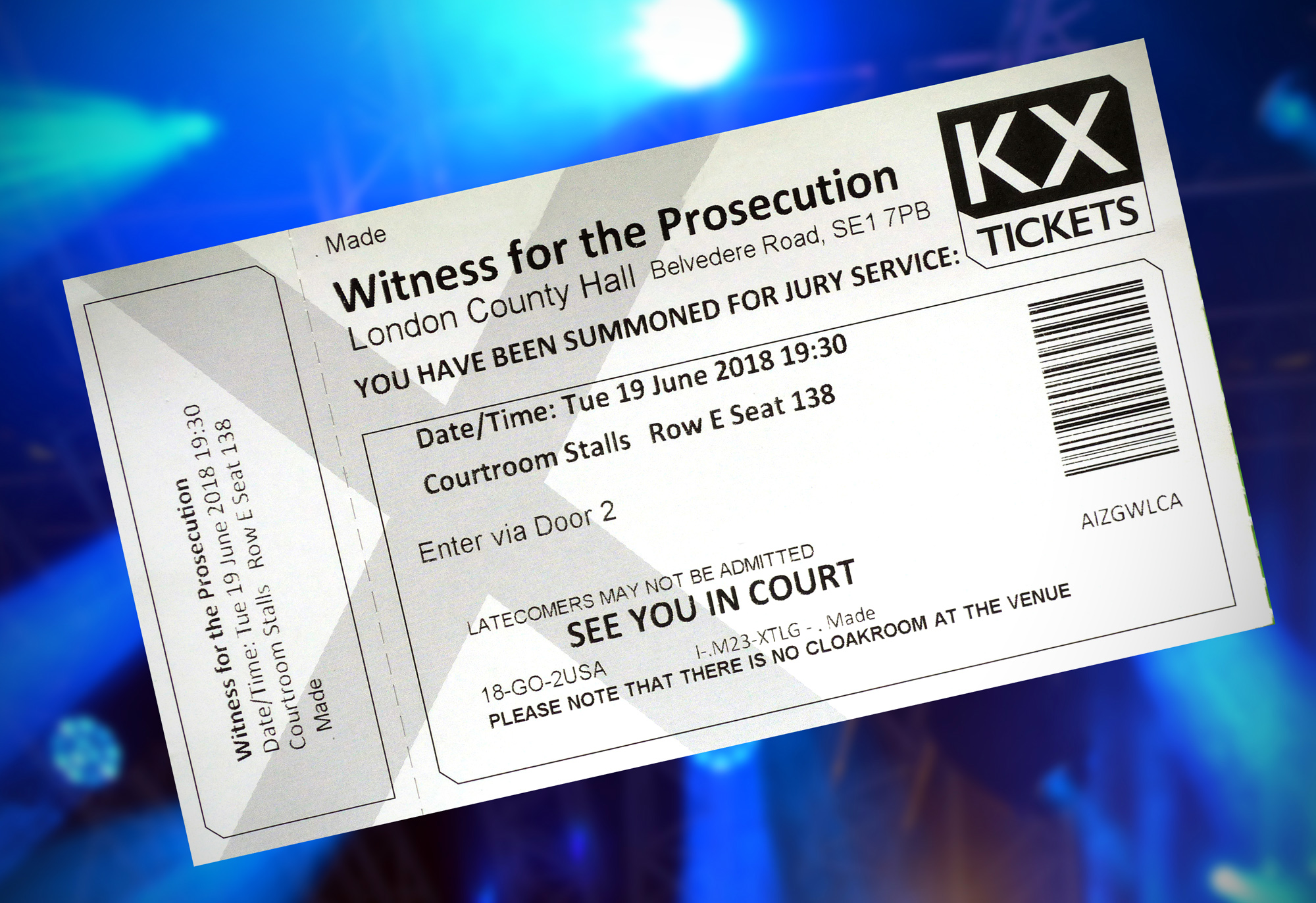 Opened by King George V in 1922, the audience enters this Twenties opulence from the minute they walk in, ascend the marble stairs and take their plush red leather seats.
From her 1925 short story, this production of Agatha Christie’s 1953 play centres around shifty Leonard Vole in a spiv like suit who stands accused of killing a wealthy elderly woman whom he casually befriended. His German wife Romaine, his alibi, viciously turns the tables when called to the witness stand by the prosecution. 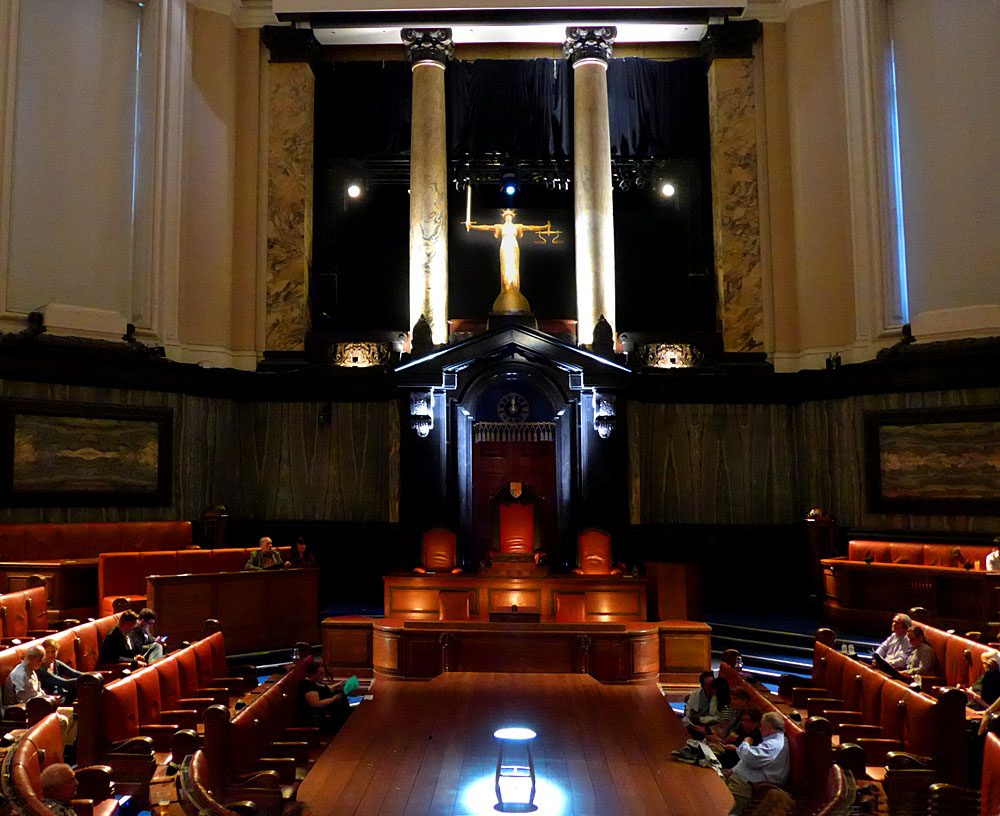 Director Lucy Bailey made good use of the thrust stage which is always a problem with foreground actors masking others, but she kept them moving so it was fine for the audience. She kept the script clear and punchy, while subtly poking fun at the British establishmentâs smug complacency.
The play takes place on the thrust stage in a well designed Old Bailey set by William Dudley; he turned what might be seen as a disadvantage by some into a very positive setting.
The lighting design was very effective, particularly as designer Chris Davey only had limited places to put lights, he took advantage of everywhere he could to position them. The lighting cues throughout were all razor sharp in application, a great example of theatre lighting as it should be.
Unusually for me it was the sound by Mic Pool that stole the show. I loved the music bridges used to cover scene changes, more often done in a sort of shuffling limbo, but not this one. 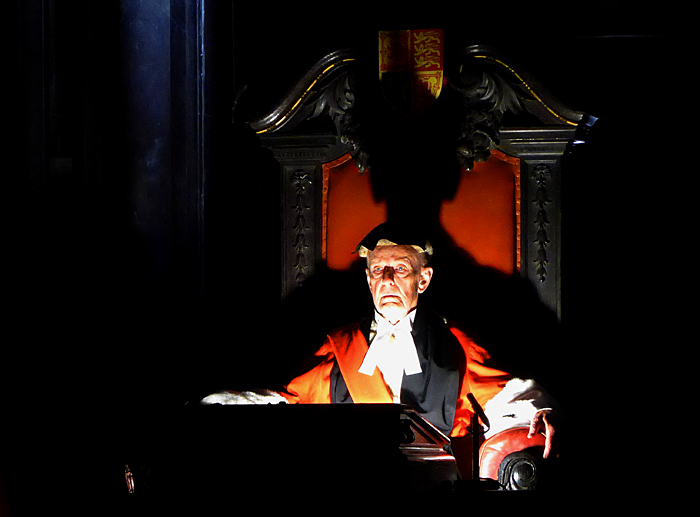 At times the actors, although excellent, seemed to try too hard but never enough to spoil the performance. For me, overall, the direction and staging, set design lighting and sound made the show. This is a show in an unusual theatre setting on the South Bank and well worth seeing if you can!